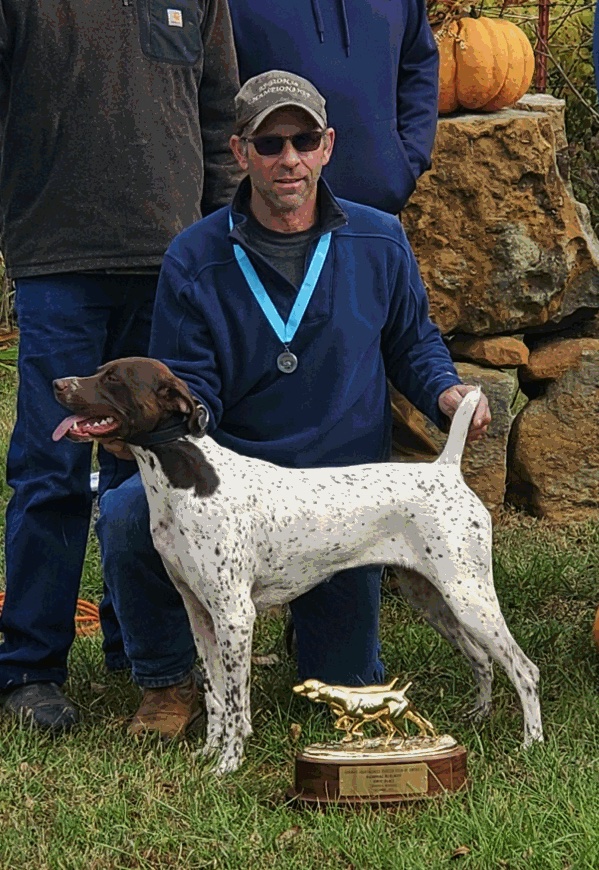 My wife Cathy and I got our first GSP puppy about 34 years ago. Cathy was working as a tech and one of the veterinarians there (Dr Jim Rieser) talked to her about the Navhda org. and the Gsp club of Wis. We joined both organizations and began running our dog in the testing programs. One dog soon led to another and we soon had three. Jim Rieser being a long time breeder of the breed guided us in the breeding end of it and before long we owned eight dogs. Grouse hunting became all about different tones on beeper collars. After a few years in the GSP club of Wis. I became Pres. of the club. At about the same time the Navhda club was experiencing heavy growth so I was one of the original members to start the Kettle Moraine Chapter of Navhda which I was the first Pres. of the chapter. I started judging the AKC hunt tests and soon after field trials.

I have titled numerous dogs in the hunt test program, have achieved VC titles on a handful of dogs in the NAVHDA program. Have trained a number of dogs to FC titles. I only run in field trials now as it bring two passions together (dogs and horses).

I am presently a member of the Four Lakes GSP club. Which I am Pres. of for the last three years.